The project is the construction of an olympic stadium of 50,000 places, with a playing field surrounded by a track of 8 lanes for the athletics.

Interior volume is characterized by a double row of stands. The lower part consists of a continuous ring of 21 rows of stands, directly accessible from the principal level (+10.20 compared to the level of the playing field located at 0.00).The higher ring, on the contrary, has a variable development: from 17 rows on the lateral stands to 37 rows on the central stands. Under the West stands we propose the realization of a series of volumes for the reception of public VIP with a total of 6 restaurants and a central kitchen.

In the basement, are the spaces for the athletes and for the press.

Going up a series of staircases, one can reach the higher levels of Southern and Northern stands. The bathrooms and bars for the public are located under the stands.

An aluminium coating wraps the stadium from North to South. The stadium appears to be completely covered by a metal structure which dilates until covering the buildings behind the Western Stands. The access from West is characterized by a great covered area: this large public space can be used also when no sports event is envisaged. 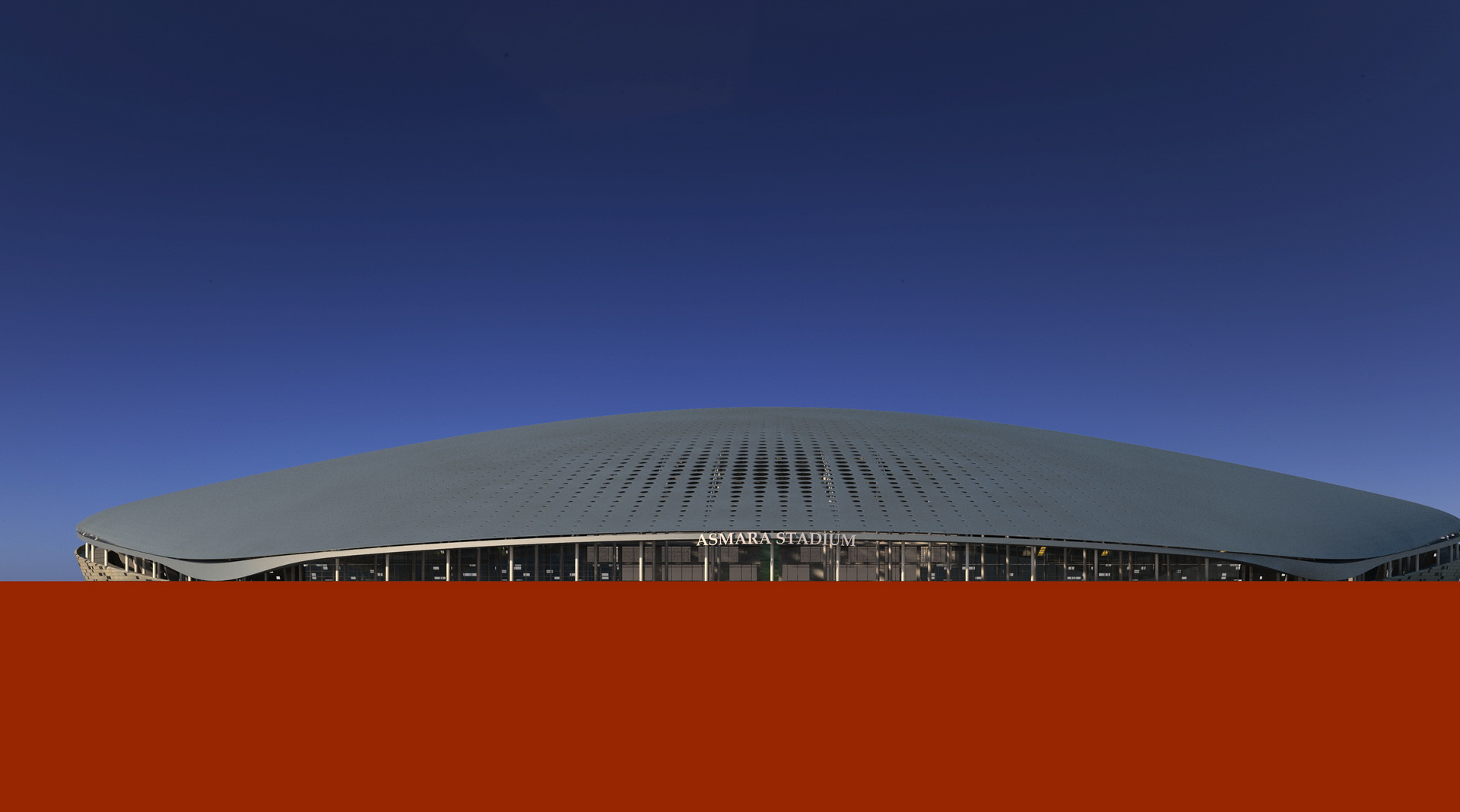 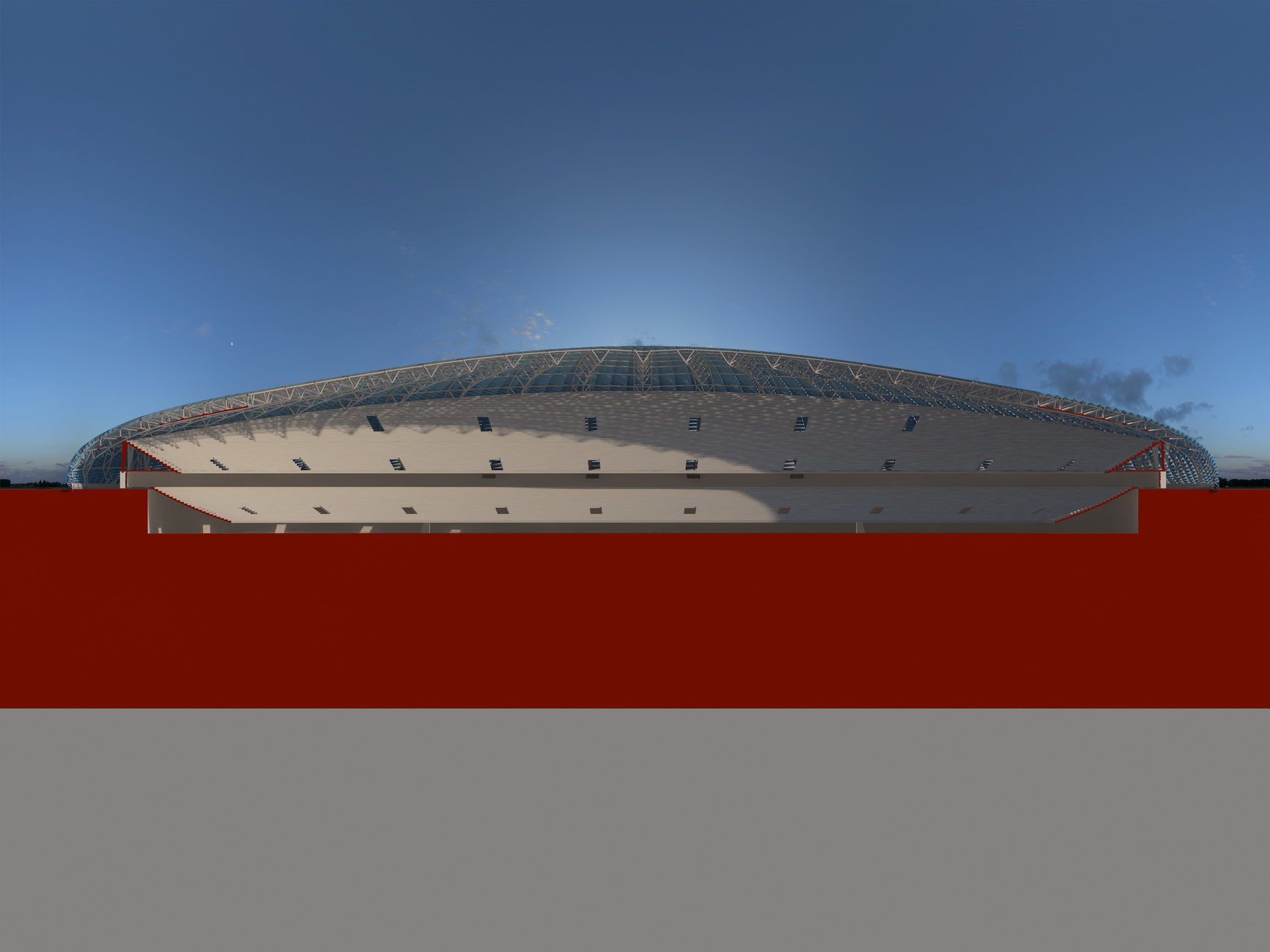 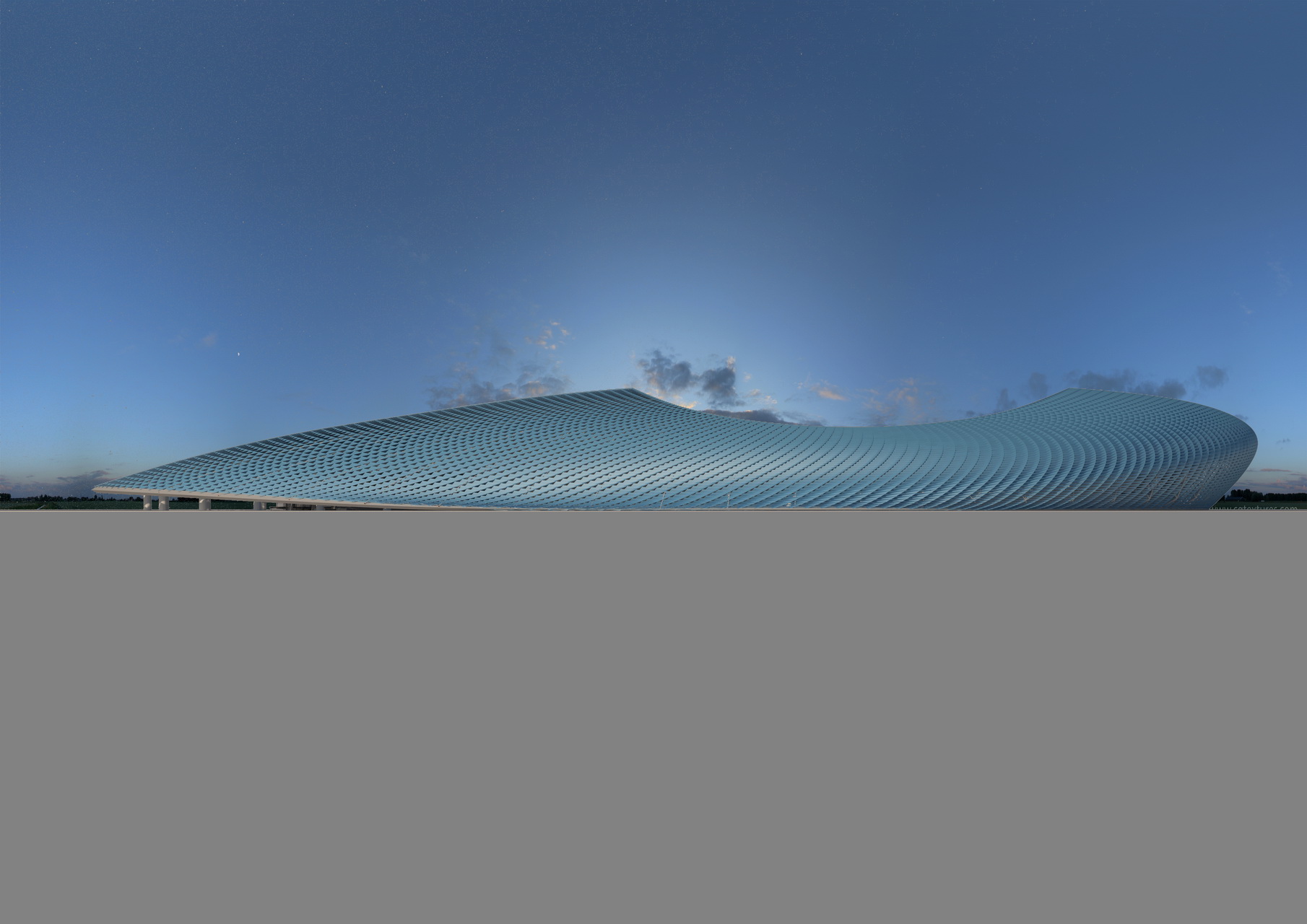 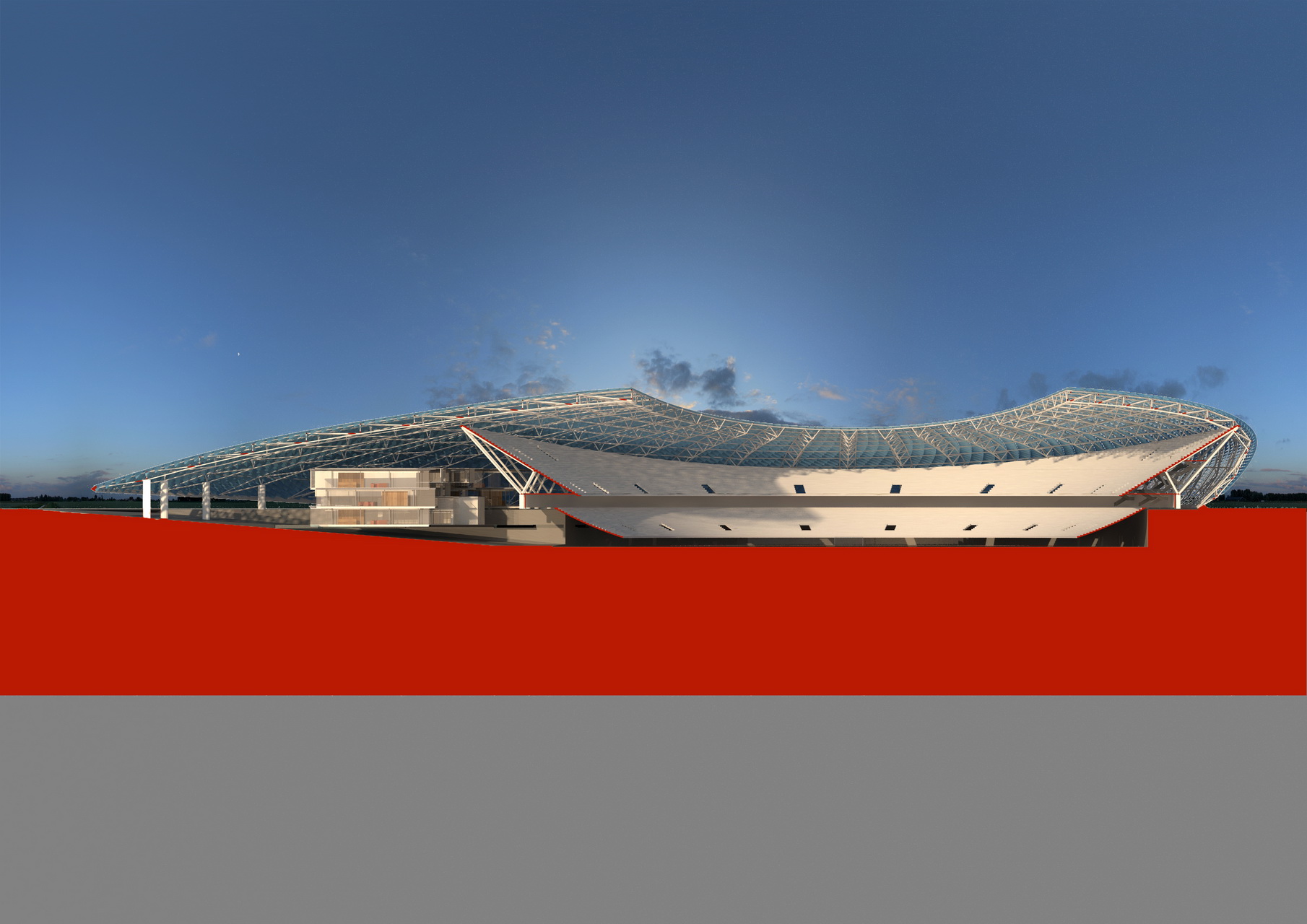 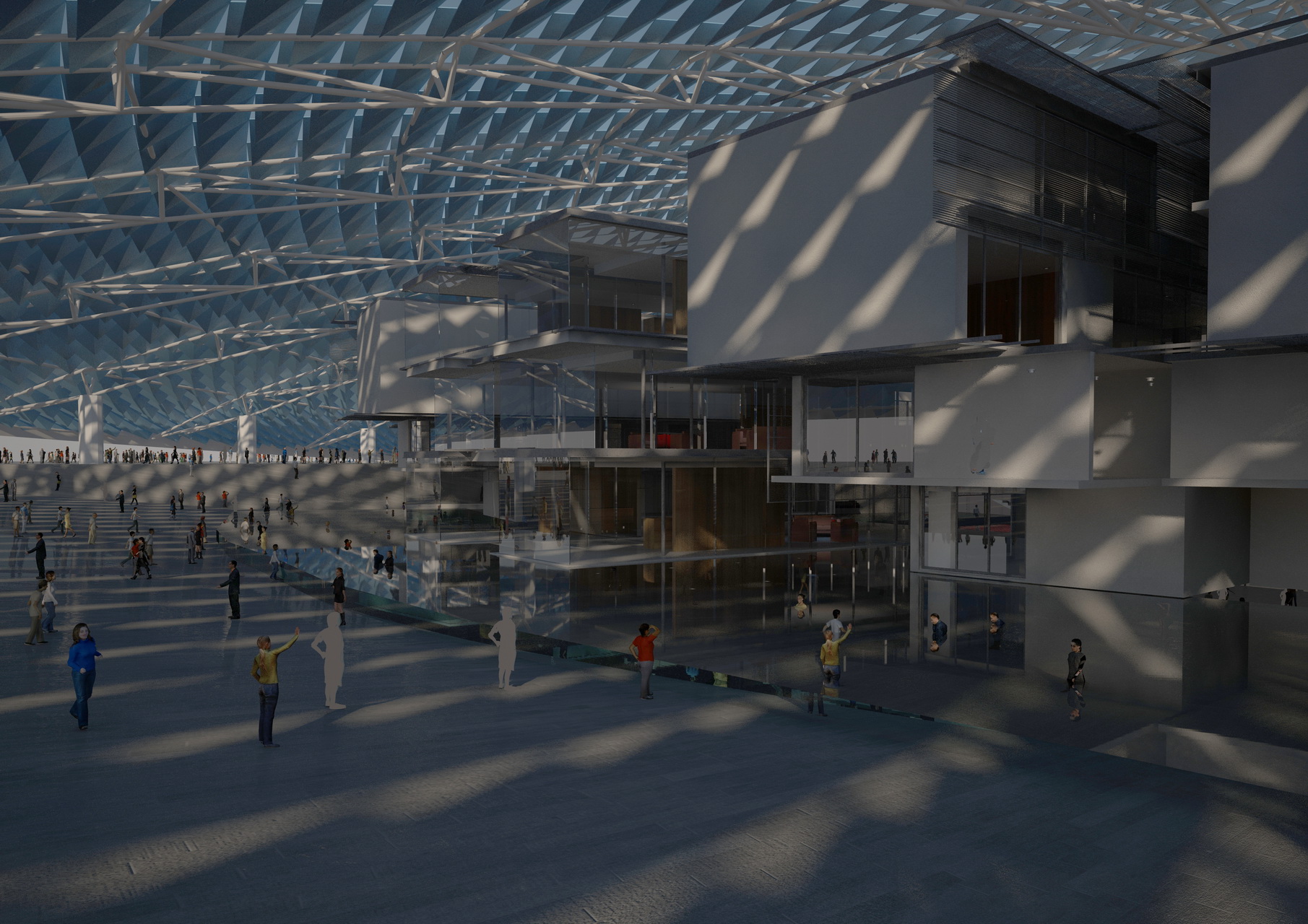